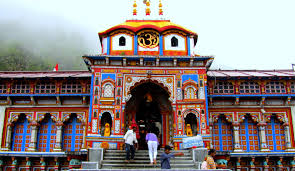 Since the 1950, the importance of the Char Dham as both an actual destination and an object of the national Hindu religious imagination has grown considerably. Buoyed by "religious tourism" and by the rise of a conservative Hindu population compelled by sites that speak to the existence of an all-India Hindu culture, the Char Dham has become an important destination for pilgrims from throughout South Asia and the diaspora, particularly Bengalis, Marwaris, Odias, Marathis, Gujaratis, Delhites and people from Uttar Pradesh, and Uttarakhand. Today, the circuit receives hundreds of thousands of visitors in an average pilgrimage season, which lasts from approximately April 15 until Diwali (sometime in November). The season is heaviest in the two-month period before the monsoon, which normally comes in late July. After the rains begin, travel to the sites becomes extremely dangerous. Even before the rains begin, safety is a major concern, as extensive road building and heavy traffic have critically destabilized the rocks, making fatal landslides and bus/jeep accidents a regular occurrence. Mortality rates for a season often surpass 200. Some pilgrims also visit the sites after the rains ends and before the sites become impassable due to snow. Although temperatures at the shrines in the early winter months of October and November are inhospitable, it is said that the mountain scenery surrounding the sites is most vivid after the rains have had a chance to moisten the dust of the plains below. 1. Yamunotri temple is the source of Maa Yamuna River and the main goddess Yamuna. 2. Gangotri temple is source of Maa Ganga and Main temple is goddess Ganga. 3. Kedarnath temple is Shiva temple and one of the twelve Jyotirling. 4. Badrinath temple is Vishnu temple and one of the one Dham in india.

Please read emails carefully and understand the contents and prices. All the email conversations will be also part of your contract with us once you make the booking.
As per the directive given by the Government of India, all Indian/Foreign Nationals are required to provide proper proof of identification upon check-in. valid identifications documents are: Passport & Visa together, Voters Id card, Current Drivers License, Aadhar Card. All the documents must include a photograph.
Hotel / camps or any kind of accommodation can deny stay if valid id proof is not provided. Company is not responsible for any ID proof related issues.
Generally hotel check in time is 14:00 hrs and checkout time is 11:00 hrs across India. Confirm early check in or late checkout will be chargeable if not included in cost. Kindly contact hotel directly if you want complimentary early check in or late check out.
If meals are included in package it will be served at set menu basis in a buffet menu / fixed / meal credit. Any items which are not in their in ideal Buffet / Fixed menu will be charged extra at the time of consumption. Hotels decide the menu and options of items for menu. Some hotels having Meal credit policy instead of
Buffet or Fixed Menu during low occupancy in hotel – This meal credit amount is decided by hotel management – if bills goes above the given meal credit amount then extra amount should be paid directly at respective hotel. Room service for the food or packing is charged extra at many hotels. Normally in Chardham you will get north Indian type food only and most of the standard and deluxe hotels give thali if meals are included in package.
Breakfast Timing: 07:00 Am to 09:00 AM And Dinner: 07:00 PM to 10:00 PM (About the timing you can contact hotel management before.)
Normally for extra bed on double sharing rooms many hotels has roll away bed while rest of the hotels provide extra mattress only. If you are not comfortable with mattress system instead of bed let us know in advance.
In hill areas or chardham many hotels don’t have ac so if you insist ac only kindly confirm with the company regarding the same. Lift facility & power back up is not available in most of the hotels in chardham. Wifi facility and room heater is mostly chargeable but don’t expect good wifi in chardham hotels due to network issues most of the time.
Most of the hotels in chardham are not running full year so don’t expect similar service and room quality like you get in haridwar rishikesh in the same price range. Especially in may june and other busy days the budget/standard hotels in chardham can cost more than deluxe hotel in haridwar rishikesh or delhi. Also if you want to stay good hotels with good reviews you need to book at least 3 months before in may june and 1-2 month before in oct nov season as good hotels are mostly booked in advance by groups. In Kedarnath there is only basic dharamshala / budget hotel type basic facility only even if your package is luxury in Kedarnath don’t expect even deluxe rooms.
Due to any reason if Vehicle breakdown due to technical reasons we will try our best to arrange another vehicle as soon as possible for the major problems. For minor problems which will not take much time vehicle will be repaired. Kindly cooperate.
We shall not be responsible for any delays & alterations in the program or expenses incurred directly or indirectly due to natural hazards, flight cancellations, accident, breakdown of transport, weather, sickness, landslides, closures/blockades due to political unrest or any such incidents.
AC will not work in all hill areas or stopped / parked vehicle. Hill areas will start from Dehradun onwards as well from Rishikesh onwards and ac will not work beyond those points.

In case the driver is not cooperative kindly contact company on the spot.
Driver will not drive on No-entry zones and should not be forced to drive on narrow streets or roads which can create traffic jam. Normal working hours of driver is 12 hrs in case you want services more than 12 hours in a day kindly inform us in advance.
In some hill area roads driving after sunset and music is not allowed due to risk of life. Kindly cooperate for the same.
Pick up and drop point will be one only (If multiple pickups and drop please mentions email conversation before booking)
In case you want multiple visit to the some particular place kindly mention in advance because some places are having very high charges of parking.
Tour destination / route cannot change without prior notice (Amended route and tour Destination rates may be change)
The rates are subject to change, depending on the fluctuation of diesel/Petrol prices in India. If the prices increased more than 5 % than the time of booking we will increase the rate even if the rates are confirmed earlier.
Company reserves the right to give you a similar car if the car you booked is unavailable.
At many of the tourist destination / hill station - some of the road / shopping market / mall road have "NO ENTRY" for all / some bigger tourist vehicles depends on destination along with time restrictions also. In this kind of situation guest have to manage another available mode of transport with an additional cost and on direct payment basis, this cost is not included in ideal package inclusion.
Some time vehicle parking area little far from the sightseeing spots. Guests need to reach the parking at their own cost.
Vehicle will be permitted to use for sightseeing points on the route and inside the city limits or which is mentioned in itinerary. For additional sightseeing, off route sightseeing, sightseeing not inside the city limits or substitute sightseeing kindly contact company. Refund is not possible if any particular sightseeing point is not covered. In case you want some excursions kindly inform company in advance or discuss these things with company rather than driver. All nearby sightseeing points should be covered together. However in case of sometime issues with some particular place we can adjust. In Chardham route some of the places are not on the way like Trijuginarayan, Lakhamandal, Auli, Kalimath, Neelkanth Mahadev, Adi Badri, Bhavishya Badri etc. Kindly contact directly to company in case you want to include these places rather than driver.
No refund for short stay or unveiled facilities.
No cancellation or any refund will be made if situation is beyond our control, such as bad weather, landslide, climatic conditions or any other natural disaster, fire, any embargo, acts or decisions of government, political or national crisis, road blocks, heavy snow fall, acts of terrorism or other similar causes, strikes or problems at airlines, rails, buses, hotels or transporters, labor unrest, insolvency, business exigencies, operational and technical issues, route and flight cancellations or due to which the customer could not reach the destination and which is beyond our control.
Company is not responsible for any accident/injury/death/theft of person or property during the course of the tour.
All rights reserved to management to cancel any service without any refund until full advance amount towards the service is received from the customer and accepted by company.
Company Here by expressly disclaims any implied warranties imputed by the laws of any jurisdictions or country other than India. Company considers itself and intends to the jurisdictions only of the court of Haridwar Uttarakhand India.

With the myriad of tour packages for every opportunity to revolutionize the travel industry, it is compelled by the idea of ​​best holiday deals. Like every pocket set, Perfect Reisen Holidays is immersed in the best-designed tour packages for national and international destinations for every set of hearts. EXPERTS, Our team of professionals are able to conduct works brilliantly to help you during your visit to our customer\'s extra special care, the best possible ways to make various trips to plan and organize. Your happiness is our biggest concern. Since its inception in 2019, we have been successful in building more happy travelers with our extensive travel services for both domestic and international. We reach tour provide and while offering unbeatable deals with the best-tailored packages designed by our expert\\\'s destinations, many vacation packages, and business travel packages. Our strength is our master team and loyal customer base. Read More...